Los Adaes was the capital of Spanish Tejas on the northeastern frontier of New Spain from 1729 to 1770. It included a mission, San Miguel de Linares de los Adaes, and a presidio, Nuestra Señora del Pilar de Los Adaes.

As part of a previous summer internship with the Cane River National Heritage Area, I performed personal on-site interpretation at the visitors center and on the grounds of this National Historic Landmark site. I am in the process of creating a web portal to consolidate existing electronic resources on Los Adaes.

I currently serve as docent under the direction of Hiram F. “Pete” Gregory on an as-needed basis. In addition to welcoming visitors, I participate in interpretive planning and exhibition development, cataloging  collections and curating artifacts.

As a former resident of the Bywater, Marigny, and Mid City communities, and a student at the University of New Orleans,  I am familiar with the history and geomorphology of the Greater New Orleans Region. I have led numerous informal walking tours to all downtown neighborhoods and cemeteries using the Preservation Resource Center’s neighborhood brochures: 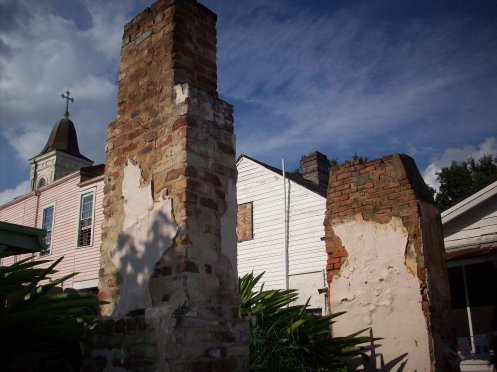